While there are no typical suburbs, especially within London, these areas can be broadly defined as located within the region of a city and predominantly characterised as residential in nature, often with a net outward commute. Homes are often individual, on their own plots, and residents have access to larger private and/or public open spaces.

The idea of the ‘city’ vs. the ‘suburb’ is becoming an increasingly historic way of zoning. Jobs and commerce were previously clustered in dense urban cores with residents living in rings surrounding these city centres and commuting in to work. As a result of population growth and increased property prices we have begun to see a blurring of these traditional ‘suburban’ and ‘urban’ functions.

Unaffordability in city centres is pushing housing demand to the suburbs and in turn creating new opportunity for residential, commercial and cultural offerings at suburban centres and well-connected transport terminals. Businesses and people are relocating here and in cases such as Croydon, radical transformation and large-scale funding are making these previously unfashionable ‘sub’ urban areas more desirable to live in. The suburbs are now more popular than ever.

In London alone, the Mayor’s development strategy “calls for more than 250,000 homes to be built in 13 outer suburbs” by 2029 as part of a wider housing building target in the capital of 650,000 units, more than double the current rate.  In order to prevent these suburbs sprawling further towards the countryside, housing density will naturally increase.

Multi-unit or terraced buildings will more commonly appear where large open sites with detached houses once stood. These types of buildings are often opposed very quickly by local residents and are often perceived as over-development and out of character but higher density does not have to mean poor quality design or high-rise apartments.

What could this new, higher density Suburban design look like?

The choice for a person looking to buy or rent a new home or development is often limited to a centrally located high-rise apartment or a larger house developed by a house builder. These developments can be quite generic, with little regard to site context and local character. 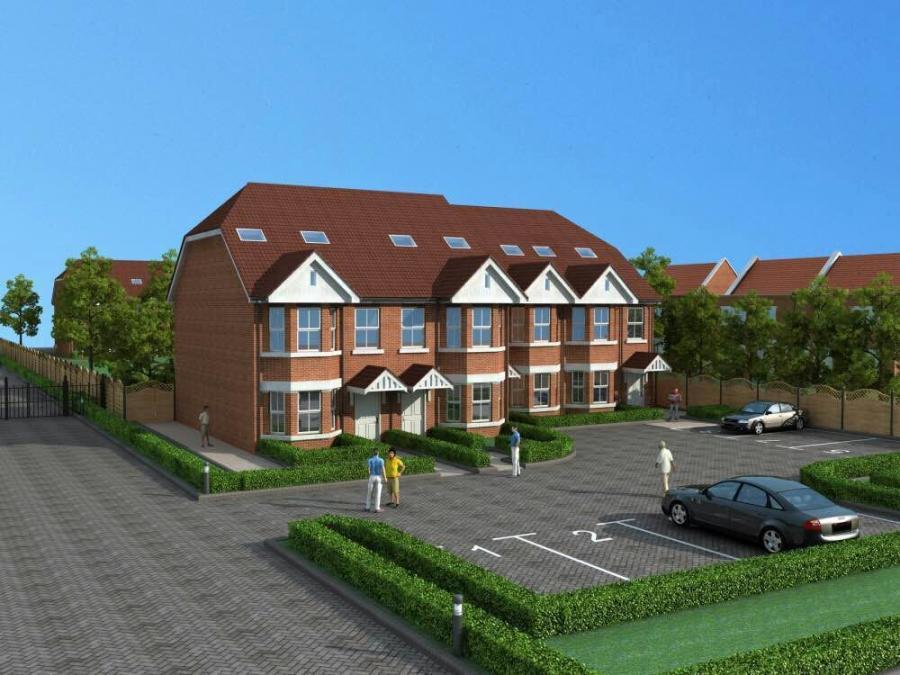 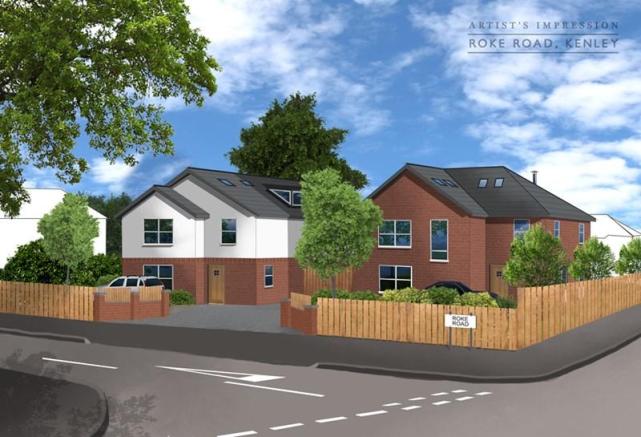 Example of new build detached properties by others for sale in suburban areas of Kenley and Croydon, visualised without context.
Images: www.rightmove.co.uk 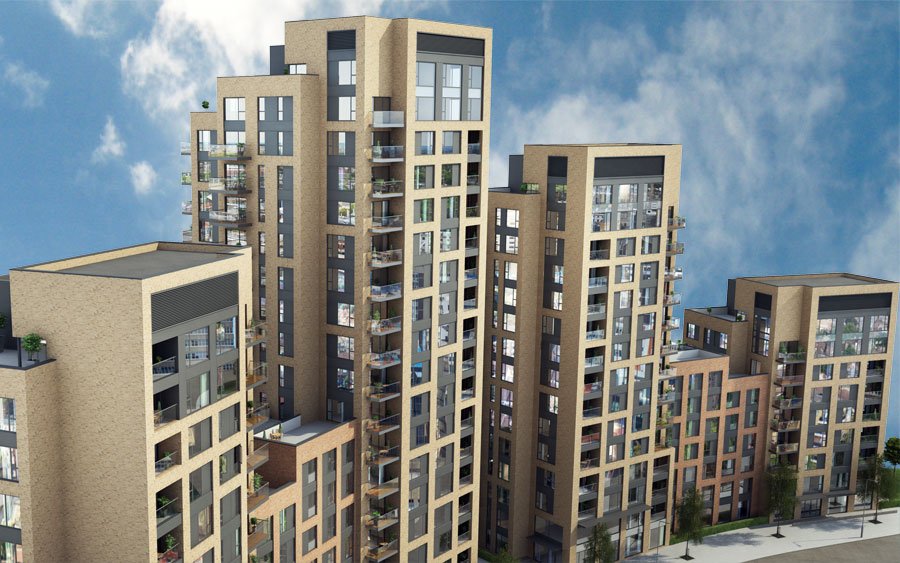 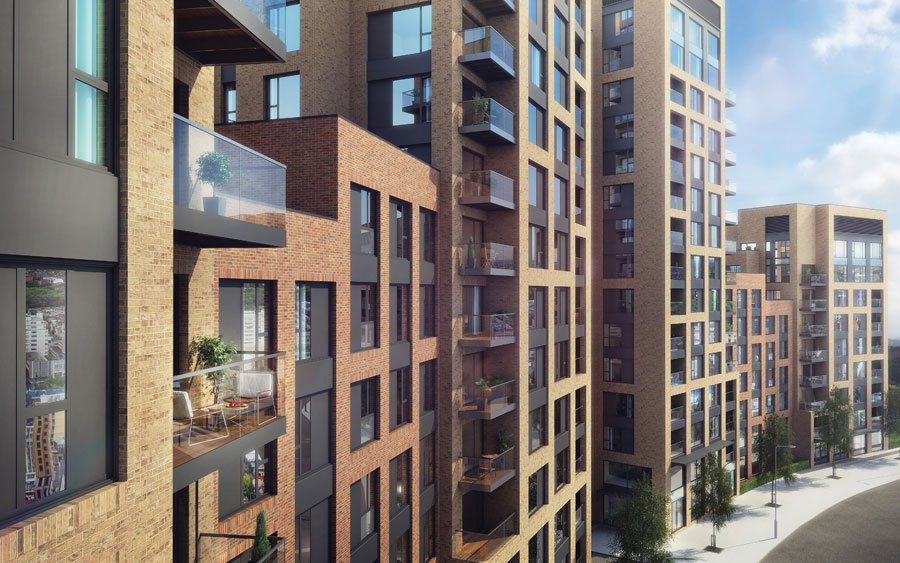 Example of new build apartments by others for sale and rent in urban areas of Croydon, visualised without context. Images: www.menta.co.uk

Existing housing in suburban areas often falls well below these ranges, particularly where a site benefits from large areas of external amenity space. As an example, our new build project at Melville Avenue is situated on a large open site on a typical leafy suburban road in Croydon with a PTAL rating of 2. The approved scheme replaces a dilapidated 2-bed bungalow with 6 high quality flats (including 13 bedrooms) all larger than London Plan space standards while still sitting below minimum density guidance at 116 hr/ha (hectares per habitable room). 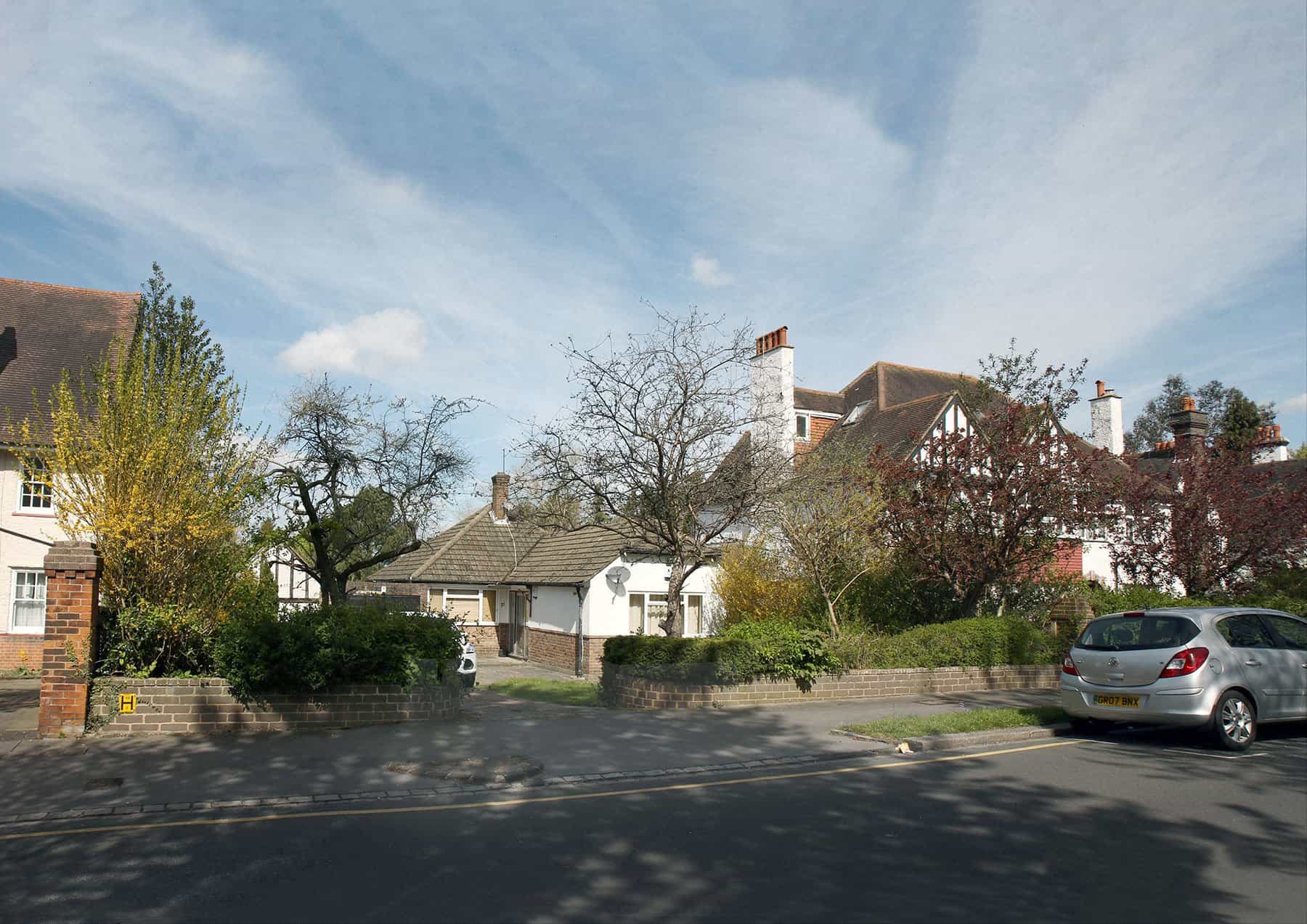 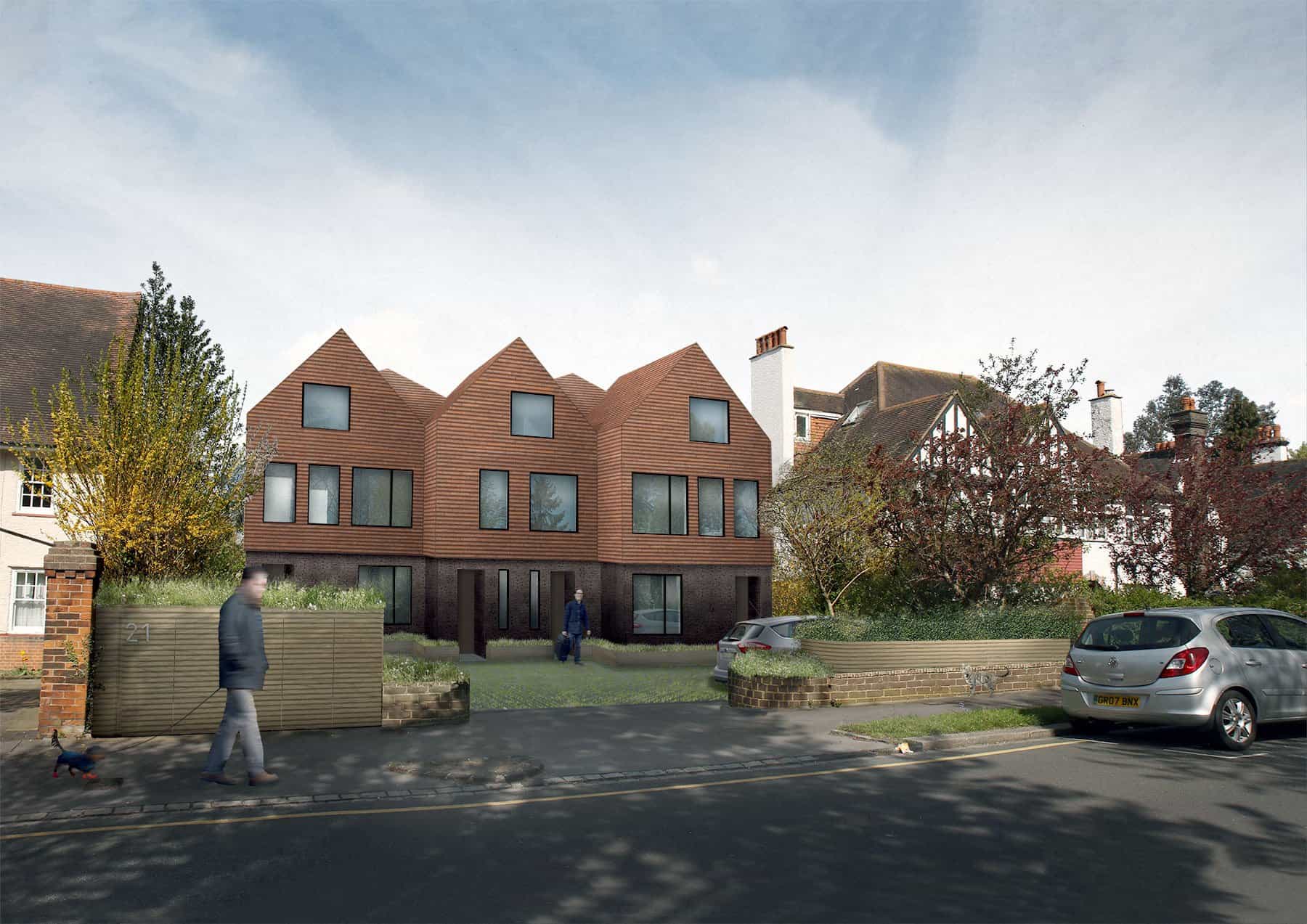 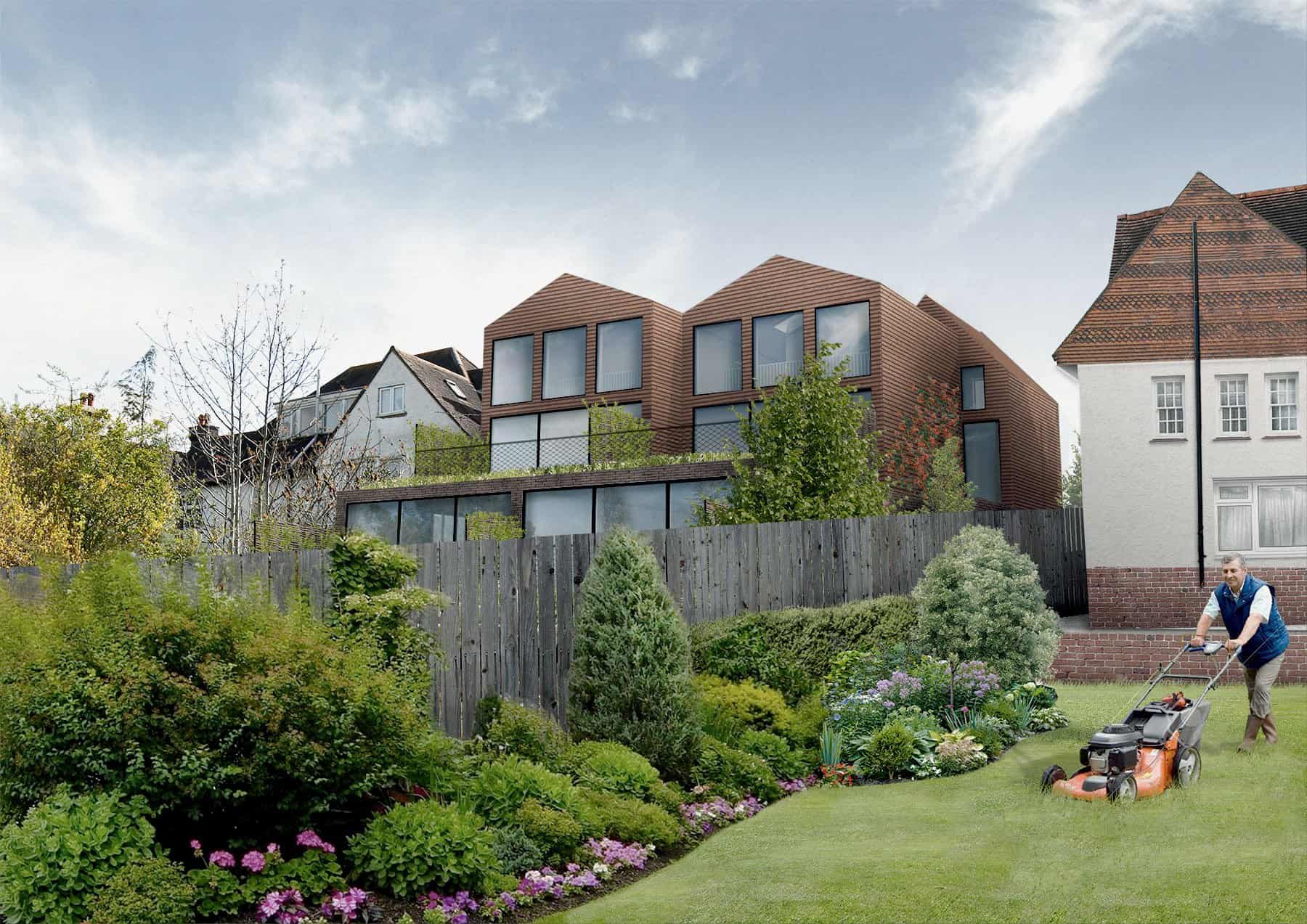 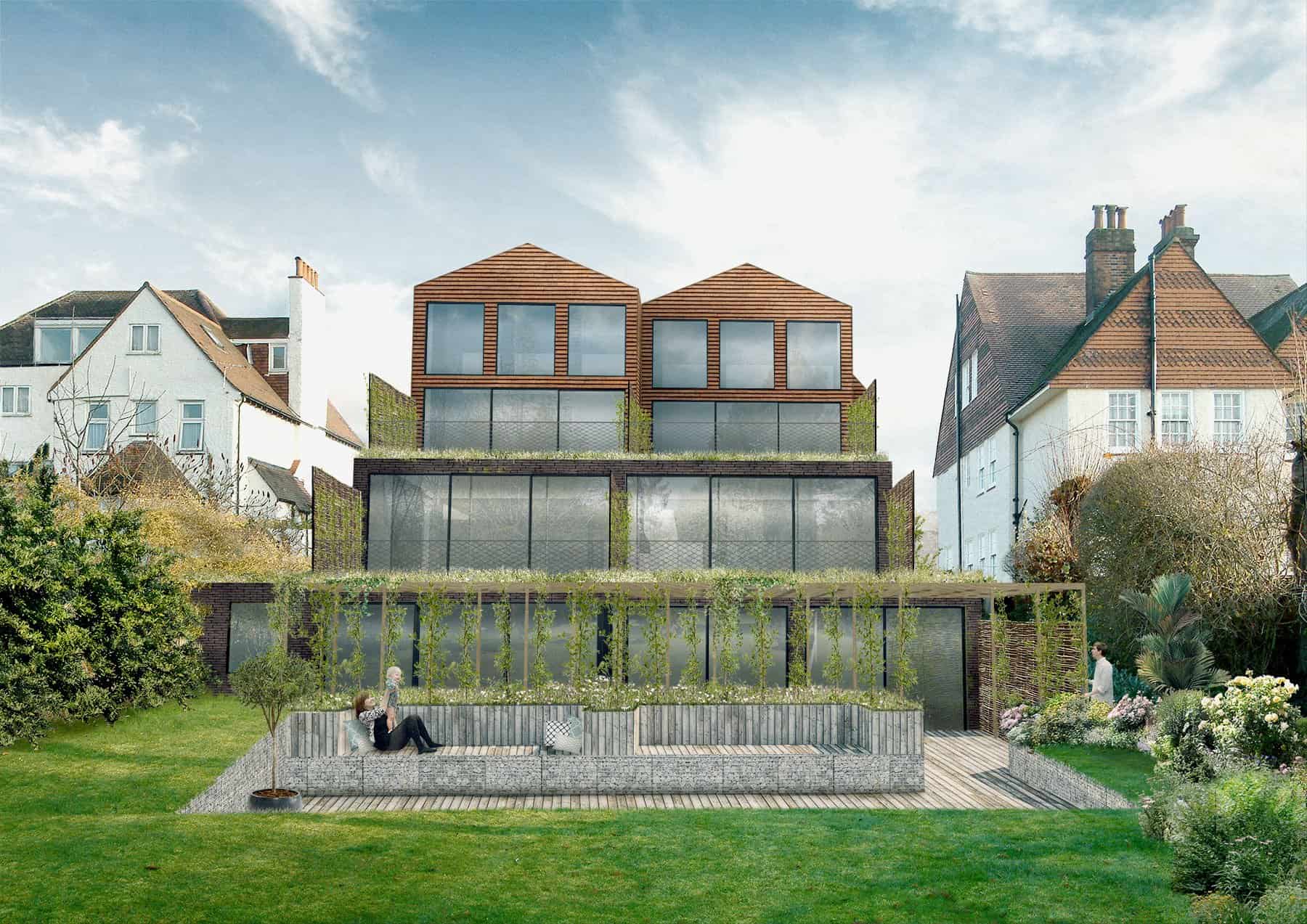 The potential for positive development and housing contributions in the suburbs is vast and is beginning to be recognised at Regional level. More than a third of UK local authorities have set up their own house building companies. Amongst others in London, Croydon Council has set up an independently owned development company Brick X Brick  and Thurrock Council have formed Gloriana with aims to deliver high quality residential development on council owned sites across the borough.

In areas characterised as suburban, there are a multitude of opportunities for land owners to bring forward sites proposing unique, contemporary and contextual residential developments. By offering a genuine alternative to the generic ‘cookie cutter’ new-build apartments that flood the property market, smaller boutique developers might set themselves apart in the marketplace.

In these sensitive communities we need design that avoids pastiche and poor-quality imitation to achieve planning gains. Instead suburban development should challenge the contemporary suburban vernacular, provide variety and, ultimately, propose something fundamentally better than buildings designed and built half a century ago.

Get in touch and see how we can help

The page you requested could not be found. Try refining your search, or use the navigation above to locate the post.